As President Donald Trump finished his State of the Union address, House Speaker Nancy Pelosi ripped up the copy of his speech that she was given.

Trump delivered his speech to a joint session of Congress Tuesday on the night before the Senate will likely vote to acquit him in the impeachment trial.

It wasn’t the only awkward moment of note between the two.

When Trump arrived in the House chamber earlier in the evening, he handed Pelosi a folder with a copy of his speech and she put her hand out for a handshake.

The president instead turned to face the chamber.

The Democrat literally shrugged it off. She sat behind the president during the speech, just a few feet away. 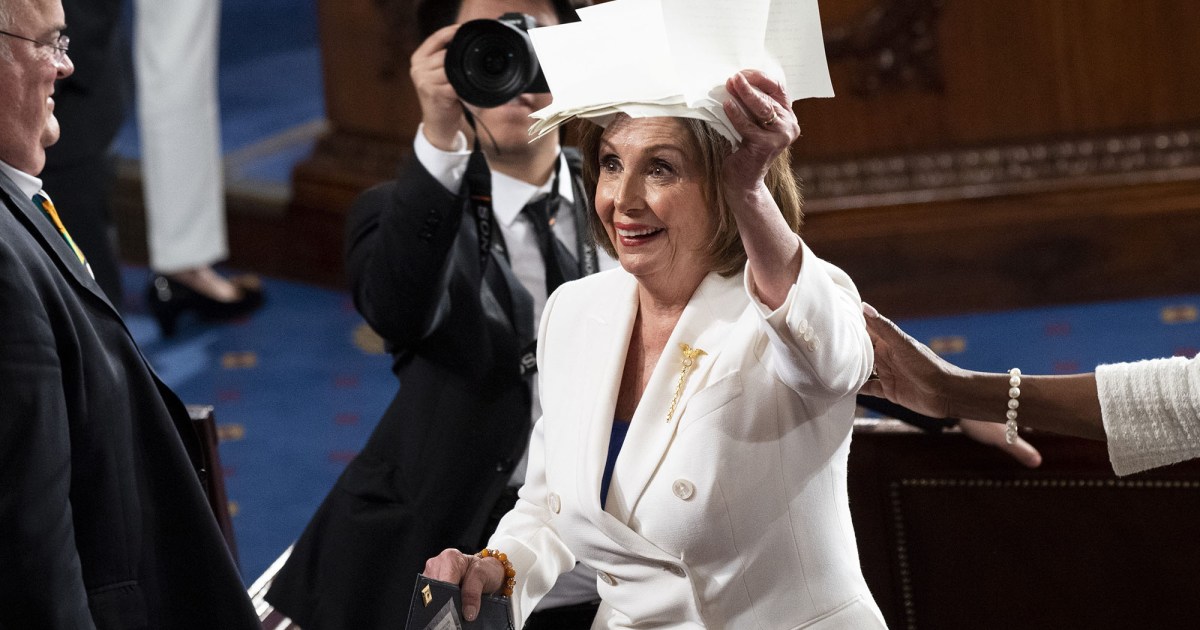 She doesn't want the House chamber to be used as "a backdrop for one of his reality shows."