A top NIH official admitted in a Wednesday letter that the US-funded so-called “gain-of-function” research in Wuhan, China – and that the US nonprofit which conducted it, EcoHealth Alliance – led by the controversial Peter Daszak, “failed to report” that they had created a chimeric bat coronavirus which could infect humans.
In a letter addressed to Rep. James Comer (R-KY), NIH Principal Deputy Director Lawrence A. Tabak cites a “limited experiment” to determine whether “spike proteins from naturally occurring bat coronaviruses circulating in China were capable of binding to the human ACE2 receptor in a mouse model.” According to the letter, humanized mice infected with the modified bat virus “became sicker” than those exposed to an unmodified version of the same bat coronavirus.
Daszak failed to report this finding, and has been given five days to submit “any and all unpublished data from the experiments and world conducted” under the NIH grant.
Rutgers University Board of Governors Chemistry Professor Richard H. Ebright sums it up. :

The NIH–specifically, Collins, Fauci, and Tabak–lied to Congress, lied to the press, and lied to the public. Knowingly. Willfully. Brazenly.

The NIH–specifically, Collins, Fauci, and Tabak–lied to Congress, lied to the press, and lied to the public. Knowingly. Willfully. Brazenly.


While Tabak’s letter goes to great lengths to insist that EcoHealth’s work couldn’t have produced SARS-CoV-2, it absolutely vindicates Sen. Rand Paul (R-KY), who Fauci repeatedly called a liar in July for accusing him of funding GoF research in Wuhan, China.

“Senator Paul, you do not know what you are talking about.”

— Dr. Fauci after Sen. Rand Paul (R-KY) accuses him of lying to Congress about gain-of-function research in Wuhan lab. pic.twitter.com/aGhn3ua9r0

“This is a pattern that Senator Paul has been doing now at multiple hearings, based on no reality … I have never lied, certainly not before Congress. Case closed.”


As we noted in September, proof that the US funded of GoF research was blown wide open thanks to materials (here and here) released through a Freedom of Information Act lawsuit by The Intercept against the National Institutes of Health, revealing that EcoHealth was paid to make chimeric SARS-based Covid that they confirmed could infect human cells.
While evidence of this research has been pointed to in published studies, the FOIA release provides a key piece to the puzzle which sheds new light on what was going on.
“This is a roadmap to the high-risk research that could have led to the current pandemic,” said Gary Ruskin, executive director of U.S. Right To Know, a group that has been investigating the origins of Covid-19 (via The Intercept).
We also learned in September that 18 months before the Pandemic, Daszak applied for a grant to release enhanced airborne coronaviruses into the wild in an effort to inoculate them against diseases that could have otherwise jumped to humans, according to The Telegraph, citing leaked grant proposals from 2018.

Daszak hoped to use genetic engineering to cobble “human-specific cleavage sites” onto bat Covid ‘which would make it easier for the virus to enter human cells’ – and included plans to commingle high-risk natural coronaviruses strains with more infectious, yet less deadly versions. His ‘bat team’ of researchers included Dr. Shi Zhengli from the Wuhan Institute of Virology, as well as US researchers from the University of North Carolina and the US Geological Survey National Wildlife Health Center.
Darpa refused the contract – saying “It is clear that the proposed project led by Peter Daszak could have put local communities at risk,” while warning that Daszak hadn’t fully considered the dangers involved in enhancing the virus via gain-of-function research, or by releasing a vaccine into the air.

Angus Dalgleish, Professor of Oncology at St Georges, University of London, who struggled to get work published showing that the Wuhan Institute of Virology (WIV) had been carrying out “gain of function” work for years before the pandemic, said the research may have gone ahead even without the funding.
“This is clearly a gain of function, engineering the cleavage site and polishing the new viruses to enhance human cell infectibility in more than one cell line,” he said. –Telegraph

In short, after a massive drop of receipts proved that Fauci, and his boss Francis Collins, lied, the NIH itself has finally acknowledged funding Gain-of-Function research.

A top NIH official admitted in a Wednesday letter that the US-funded so-called “gain-of-function” research in Wuhan, China – and that the US nonprofit which conducted it, EcoHealth Alliance – led by the controversial Peter Daszak, “failed to report” that they had created a chimeric bat coronavirus which could infect humans. 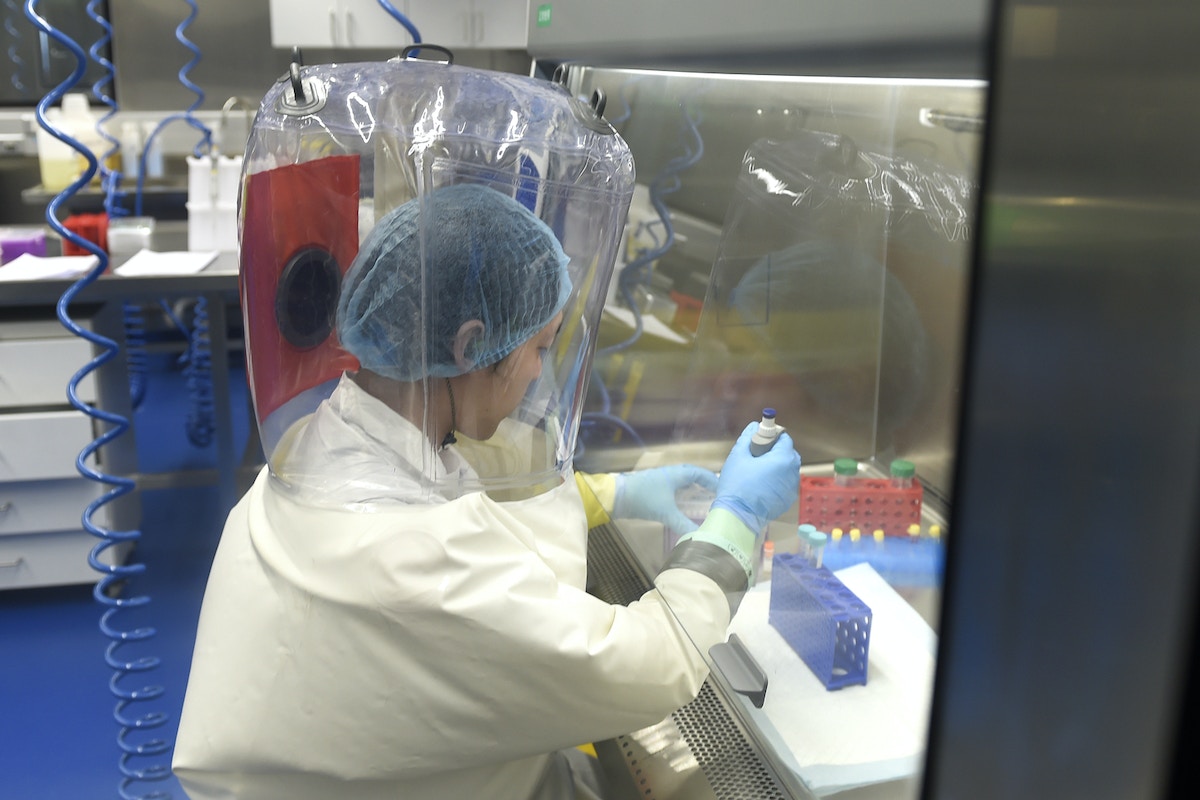 U.S.-funded experiment in China posed biosafety risks but did not cause Covid-19 pandemic, scientists say. "The lack of any serious investigation into Anthony Fauci is an object lesson in groupthink and the 'gated institutional narrative. Though it might mean sacrificing short-term gains, journalists who do their jobs will be rewarded in the long run.'" ~ Max Borders